Mother of two beats the disease 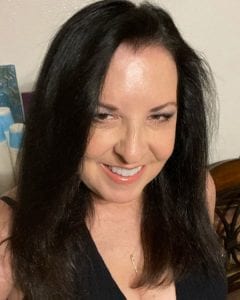 Every experience offers a lesson, as Oak Park resident Karen Stauffer can attest.

The 57-year-old Hollywood talent scout and nanny is at home recovering from a five-day stay at Los Robles Hospital where she was treated for coronavirus.

She survived her ordeal, but her journey back to health has been a difficult one.

Her advice to the community?

“Don’t assume you won’t get it. Stay home, you can’t get it if you’re at home,” the mother of two told The Acorn.

Stauffer posted her plight on social media and immediately got besieged by questions such as what stores was she in, which streets had she walked, and, basically, how does she think she contracted the disease.

“. . . And whether I went to the CVS in Agoura Hills or Westlake Village. It doesn’t matter. I didn’t walk into the store and they handed it to me. It’s already in the store. It’s on the gas pump you grab.”

Stauffer said she started feeling sick on March 17, just days after the virus began exploding across the U.S. She mostly stayed home, except for an occasional trip to the market and the drug store where she wore gloves and a mask—but she never developed a fever. It wasn’t until she had trouble breathing on Sat., March 21 that she went to Los Robles Regional Medical Center to get tested.

Staff took her medical history and recorded her list of symptoms. They gave her a chest X-ray and a CAT scan, both of which showed no issues. The hospital was on the verge of sending her home, when, four hours later, she started experiencing chest pains.

“Out of nowhere my chest was on fire. It felt like a ball of fire sitting on my chest, but going right through to my back,” Stauffer said.

“They took me to the isolation floor, there’s literally no one up there. They put me in a room with a machine that cleans the air. My symptoms sped up a little within a couple days.”

Test results came back on Mon., March 23 that showed she was positive for COVID-19.

Stauffer remained in the hospital for five days. She was never placed on a respirator but doctors did give her medicated inhalers to use, as well as blood pressure medication—her blood pressure reached dangerously high levels for several days during her battle with the disease.

She called her time in isolation “really boring,” but that she kept herself busy by talking to friends and family on Facetime, which helped the days go faster.

Stauffer is reported to be the hospital’s first patient treated for the coronavirus. She said the news of her diagnosis left her dumbfounded.

“I thought I was going to be cleared. I didn’t think I’d be the first one, it made me feel better they hadn’t had a case yet,” she said.

The diagnosis was disturbing to her family, but her 37-year-old son Chris Saavedra said it wasn’t surprising.

“I thought it was pretty inevitable I’d know someone who got it. It could happen to me,” Saavedra said. “My wife and I have always been taking it seriously. I only encourage people to continue to do what doctors are recommending—stay home.”

Stauffer is considered to be a patient with underlying conditions—she underwent a kidney transplant four years ago. The medications she still takes to keep her body from rejecting the kidney had apparently weakened her immune system.

“The doctor said regardless of the transplant, I was still exposed (to COVID-19). There are hundreds of people with the virus who are asymptomatic, or with only mild symptoms,” she said. “They almost didn’t test me. I know other people have different symptoms but I don’t want people to ignore the signs and think it’s just stress or anxiety.”

Karen Stauffer was sent home on March 25 and said she’s been on her phone practically ever since. Her NextDoor and Instagram posts piqued a large community discussion with hundreds of posts.

“I think a majority of people think it can’t happen to them or they’re not taking it that seriously,” he said. “It made things serious for them, especially in a small town like Oak Park, in the whole Conejo Valley. The area is a bubble, so things are going to be shared in these close-knit communities.”

“We don’t watch lots of TV but probably will now. I haven’t had two seconds to look at anything but my phone though, it’s been going off the rails with calls and messages,” she said. “Everyone’s concerned, wanting to know how I got it, but it’s impossible to know.”

Her doctors recommended  Stuaffer and her daughter keep their environment as sterile as possible by using their own bathrooms, dishes and silverware.

Because they share an Oak Park apartment, Stauffer said, it will be hard to observe strict social distancing from her daughter. The younger Stauffer had been sick prior to her mom being admitted to the hospital, but was never tested for COVID-19. She was treated for bronchitis and recovered.

Meanwhile, Stauffer is using two inhalers to help her breathe. Hers was a relatively mild case, doctors say. She never developed a fever, but the long-term effects remain to be seen. The virus is so new that it’s unclear if she now has an immunity to the disease.

“Your only chance of getting it is if you step outside and pass someone who potentially has it and doesn’t know,” Stauffer said.

“Like lining up at Costco—you’ve got someone one foot in front of you, one foot behind. Someone in that line has it and doesn’t know. That’s my biggest message. Stay home. Don’t let your kids have play dates. Just cause you’re in fresh air doesn’t mean you’re OK. Just stay indoors.”

Sources tracking coronavirus say approximately 132,000 of the more than 590,000 worldwide cases have recovered. The rest are either still battling the disease or deceased.