At LVUSD, only 1 of 3 incumbents is running 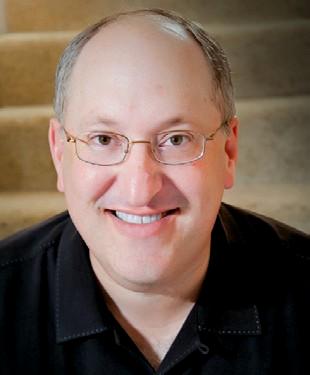 Ray Pearl, a volunteer for Las Virgenes Unified School District who lives in Westlake Village, is the final candidate to enter the race for school board in the Nov. 5 election.

Six candidates, including Pearl, will vie for three open seats at the polls. Board President Lesli Stein hopes to win a second term on the dais.

Other candidates are Angela Cutbill, Mary Jo Ammon, and Dallas Lawrence. Sharon Kaiser pulled out of the race before the filing period ended.

Longtime board members Gordon Whitehead and Dave Moorman are not running for reelection.

Pearl says a lifelong commitment to public service is among the reasons he wants to work on the board of education.

Pearl, 44, is the executive director of the California Housing Consortium in Agoura Hills, a nonprofit organization that works to increase the availability of affordable housing for low-and moderate-income Californians.

He is also a founding member of T.H.E. (Together Helping Education) Foundation, a fundraising arm for the district that over the past two years has raised more than $500,000 for counselors, smaller class sizes and other programs.

He served as treasurer for the group in its inaugural year and was instrumental in T.H.E. Event in June that raised about $250,000 for the district.

“I want to give back and make an even bigger difference for the most number of students,” Pearl said.

A former officer in the U.S. Navy, Pearl said his experience both past and present has prepared him for a spot on the board.

He is also an active volunteer at his children’s schools. Two attend White Oak Elementary and one is an eighth-grader at Lindero Canyon Middle School.

“We are a year away from having a child in elementary, middle and high school,” Pearl says on his website. “Who better to serve than an involved parent who can get a firsthand look at what is happening in the classroom by talking to his children and their teachers and seeing what comes home in the kids’ backpacks every single night.”

If elected, Pearl said, he would tackle the implementation of the new Common Core state standards, technology in the classroom and school funding.

“With the passage of Proposition 30, schools are no longer created equally,” he said. “How schools are funded is critical. Budgeting and being fiscally responsible is important.”

“I think the most important thing as a school board member is to remember the word ‘unified.’ I would truly be looking out for the interests of all kids. What’s good in Agoura and Calabasas is good in Westlake Village.”

He also counts among his strengths his ability to listen and to be accessible to parents, teachers and students.

And Pearl said if he’s elected in November he will continue to work with T.H.E. Foundation and serve as a bridge between the organization and the school board.

Pearl earned a bachelor’s degree from UCLA and a master’s degree in public administration from the University of Washington.

A Westlake Village resident since 1998, Pearl is married to wife Torreh. They are raising two boys and a girl.

“I am passionate about our school district, and I want to make a difference,” he said. “I live here. I work here. I volunteer here.”