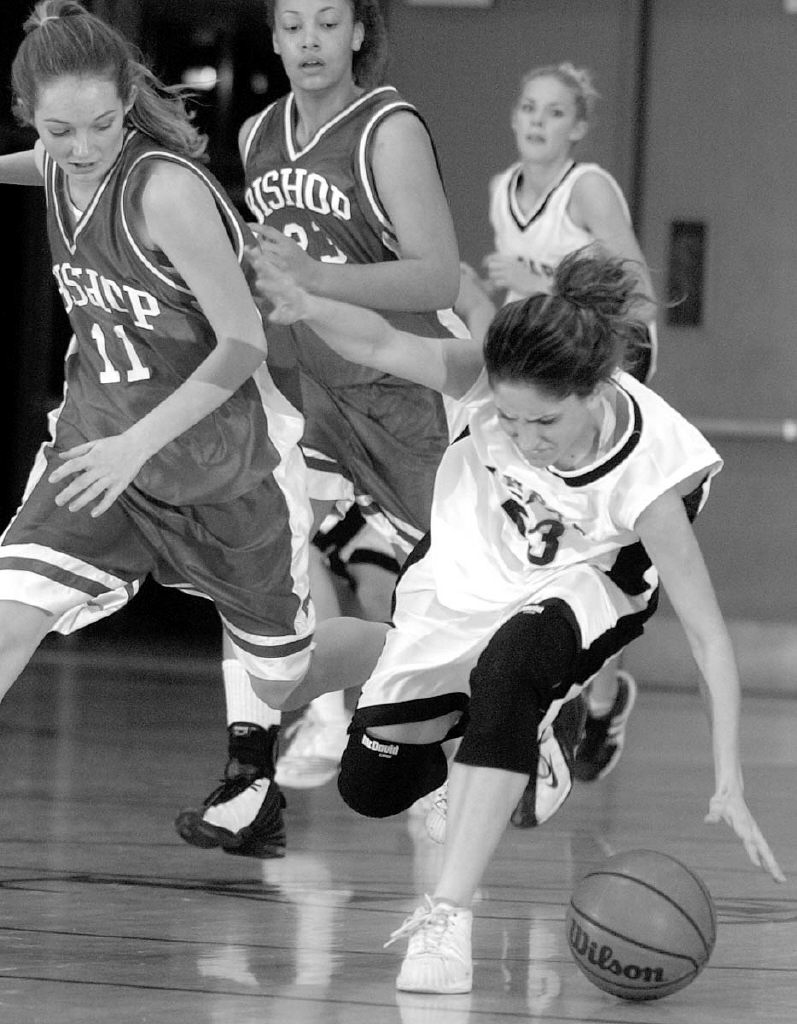 Emily Medders scored 18 points, Shir Raanan had 17, Jamie Rauchwarger had 12 and Amanda Ruland had 11 for the Eagles in the victory over the Regents.

Oak Park won a California Interscholastic Federation (CIF) championship in 2001 under then-head coach Lindsay Strothers. Only Raanan and Rauchwarger remain from that team. Both were freshmen who earned championship rings for the Eagles.

Strothers resigned as head coach after last season and Oak Park is now being coached by Bob Da Corsi. He, Raanan and Rauchwarger talked with The Acorn about this basketball season.

"It’s been a gradual improvement process," Da Corsi said. "We started off slow. We had a couple of losses early, but those tough games were going to prepare us for league and into the playoffs. The girls are improving every game and I’m happy with where we are right now."

Rauchwarger and Raanan are the only four-year senior veterans and neither has lost a league game in four seasons.

"We have a new coach, we have a lot of new players," Rauchwarger said. "We’re learning from each other, we’re learning from our coach. We’re ready to get through league 10-0 and go to the playoffs real strong."

Raanan said, "I think our goal is to stay undefeated in league, go 40-0 (over four years of league play)—because it’s never been done before—and then get as far as we can in the playoffs. We have a phenomenal team."

Da Corsi became familiar with his players during the summer. He said that being a new coach at Oak Park has been a challenge.

"Coaching them over the summer definitely helped me out, being a first-year coach," said Da Corsi. "It’s more the paperwork and the parents and the other outside stuff that I wasn’t really prepared for. But coaching the team is no problem because I have great returning stars and I have a great influx of freshmen girls. The talent at Oak Park is good."

Da Corsi said his coaching style is different from Strothers and therefore it’s taken some time for the players to adapt.

"We bumped heads early on because Lindsay and I have different styles," said Da Corsi. "Now everybody is on the same page. Once we showed them what I was looking for, they settled down."

Rauchwarger and Raanan have been leading the way.

The two standout seniors said more is expected of them this year.

Raanan said, "There’s more responsibility as a senior. It’s all on you to rally your team up, to get the ball rolling." About the younger teammates, Raanan added, "They’re really looking up to us this year and we’ve got to bring it. We’ve got to stay focused and get them focused."

Da Corsi inherited the long league-winning streak. He said he’s not giving it too much attention.

"We just play every game and if we win, we win, and the streak will take care of itself," said Da Corsi. "We just want to improve every game and we’ve been doing that. I think the wins will just fall into place. We never really talk about the streak.

"They just know they’ve got to take care of business and play hard every game," Da Corsi added.

Making a run for No. 1Coyotes seek one for the thumbCalabasas, T.O. football teams hire coaches