Film is about theft of ‘Mona Lisa’ 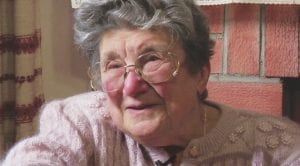 The enigmatic smile captured in the “Mona Lisa,” Leonardo da Vinci’s iconic 16th-century painting, has often been called “elusive,” but there was a time the term could have described the painting itself. In 1911, the “Mona Lisa” went missing for nearly 2½ years.

Now, more than 100 years later, Westlake Village residents Joe and Justine Medeiros share the results of their decades-long investigation into the theft and the culprit who took the painting in their film “Mona Lisa Is Missing.” The filmmakers will screen the documentary at 7 p.m. Wed., Jan. 31 in the AMC Dine-In theater (formerly Muvico) at The Oaks mall as part of Cal Lutheran University’s International Film Festival.

Decades in the making

A mere mention of the heist planted the idea in Joe Medeiros’ mind 40-plus years ago.

“It was 1976 when I saw a sentence in a book Justine got for me,” he said. “It said the ‘Mona Lisa’ was once stolen by an Italian immigrant.”

Though he’d always been interested in art and history, Joe had never heard of the theft. But as an aspiring filmmaker, he thought such a caper would lend itself to an engrossing movie, and he began to write. The only problem: He was missing details.

“In 1977, there was no way for Joe to get information other than the public library,” Justine said. “The only information we had access to was microfiche and the very few books that had been written on the subject.”

Because factual history was hard to come by, Joe found himself working on a fictional version of the story, making up things about Vincenzo Peruggia, the 29-yearold man who stole the famed oil painting—only nothing sounded right. So he’d try again. And again.

Then the couple got very busy: They moved from Pennsylvania to California; Justine ended up in publishing and grant writing, while Joe ultimately became the head writer of “The Tonight Show with Jay Leno.”

“But over all those years, I still wanted to work on the film,” Joe said. “As the years went on and tech changed with the internet and the digital revolution, I finally could.”

Getting to work with video— which he could shoot and edit himself—versus old Super 8 film was a plus. Maybe of even greater importance was the access to information the web provided.

“Through the internet, a Google search, I discovered the daughter of Vincenzo Peruggia was still alive,” Joe said.

Justine, who would become the film’s producer, suggested they make a documentary.

To begin their journey, the couple and a small crew went to Italy in 2008 to visit Celestina, the thief Peruggia’s daughter, who was 84 at the time. She still lived in Dumenza, the city in which both her father and she were born. Not until after they arrived did they learn that Peruggia had died while his daughter was still a toddler. He was 44.

Realizing Celestina couldn’t help with a firsthand account, the couple moved on.

They traveled to Paris’ Louvre museum, from which the priceless piece was purloined. They went to Florence, where they found the very room in which Peruggia stayed while trying to sell the painting, meaning the “Mona Lisa” had likely been there as well.

They found answers to a number of questions they’d had about the theft, including details about Peruggia and how he was able to get close to the painting in the first place (he worked at the Louvre). To other questions, like how he smuggled the “Mona Lisa” out of the museum and why, they can offer only educated guesses. And then there are answers to certain questions, like whether Peruggia was actually the thief after all, that only the Mona Lisa herself, behind that elusive half-smile, knows for sure.

The Medeiros’ documentary is part of the 2017-18 CLU International Film Festival, which features films throughout the year. Though many of the festival’s films are screened in other languages, “Mona Lisa is Missing,” is a mostly English-language film with subtitles only for short periods when French and Italian speakers appear.

“What we typically do is try to screen a film for every language we teach in our department,” said Sheridan Wigginton, CLU’s languages and culture chairperson. “It’s been a real treat for our language students to continue their learning outside the classroom, and it’s nice for the students to see there’s a whole community of people who are interested in the culture and language as well.”

An offshoot of the school’s now-defunct French Film Festival, the International Film Festival has been running five years said Wigginton, who oversees the event.

“Mona Lisa Is Missing” will screen at 7 p.m. Wed., Jan. 31 in the AMC Dine-In theater at The Oaks mall, 166 W. Hillcrest Drive. Admission is free and open to the public on afirst-come,firstserved basis. A Q&A with the filmmakers will follow.