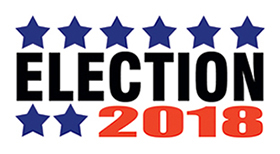 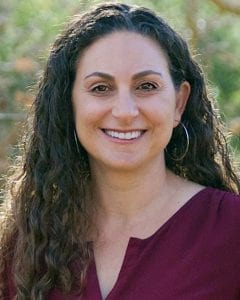 The third time is a charm for Chris Anstead, a 53-year-old West Point graduate and Agoura Hills resident who won election to the City Council Tuesday night in a voter groundswell that saw two newcomers swept into office and one incumbent defeated.

Anstead, who lost two previous bids for the Agoura Hills City Council, finished with 23 percent (3,165 votes) in the Nov. 6 municipal election, in second place behind top finisher Debbie Klein Lopez, a longtime schools volunteer who won 31 percent (4,214 votes). The results are not official. 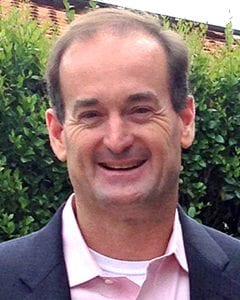 Denis Weber, the city’s longest serving City Council member who was seeking a record seventh term in office, saw his support slip and came in third with 17 percent (2,320 votes), only 339 votes ahead of fourth-place finisher and City Council outsider Jan Gerstel. Incumbent Harry Schwarz came in last with 14 percent (1,949 votes).

Two of the three City Council members whose seats were up for election–Schwarz and Mayor Bill Koehler–will not be returning to the council. Koehler previously announced he would not seek reelection.

Anstead and Lopez tapped into deep-rooted voter dissatisfaction regarding the Agoura Village development and its centerpiece mixed-use retail, business and housing project known as Cornerstone. The development is being litigated.

The challengers campaigned vigorously and knocked on hundreds of doors throughout the community. In the weeks preceding the election Anstead was seen as a regular fixture at the corner of Kanan Road and Thousand Oaks Boulevard where he hoisted campaign signs and waved to motorists.

A new member is also poised to join the Westlake Village City Council.

He is Ray Pearl, 49, executive director of the California Housing Consortium, a nonprofit organization that advocates for affordable housing. A former Navy officer, Pearl has lived in Westlake Village since 1998. If current results hold up Pearl will take one of the three seats contested on Tuesday.

In the Las Virgenes Unified School District Board of Education race, voters swept all three incumbents back into office. Lesli Stein was top vote-getter with 29 percent. Angela Cutbill won 29 percent, and Dallas Lawrence 24 percent. Challenger Kiyomi Kowalski, seeking to become the first African American LVUSD board member, finished with 18 percent of the vote.

In other races (semi-official results):

Brownley’s statement after the election hit on a wide range of issues:

“I will always stand up for our community and its values. I promise to keep fighting to make healthcare more affordable, improve the quality of life for our veterans, fix our broken immigration system, ensure equality for women and the LGBTQ community, protect our environment, bring down the cost of higher education, and build a country where everyone has as fair shot at the American dream.”