Woman tried to pry beloved pet out of predator's mouth 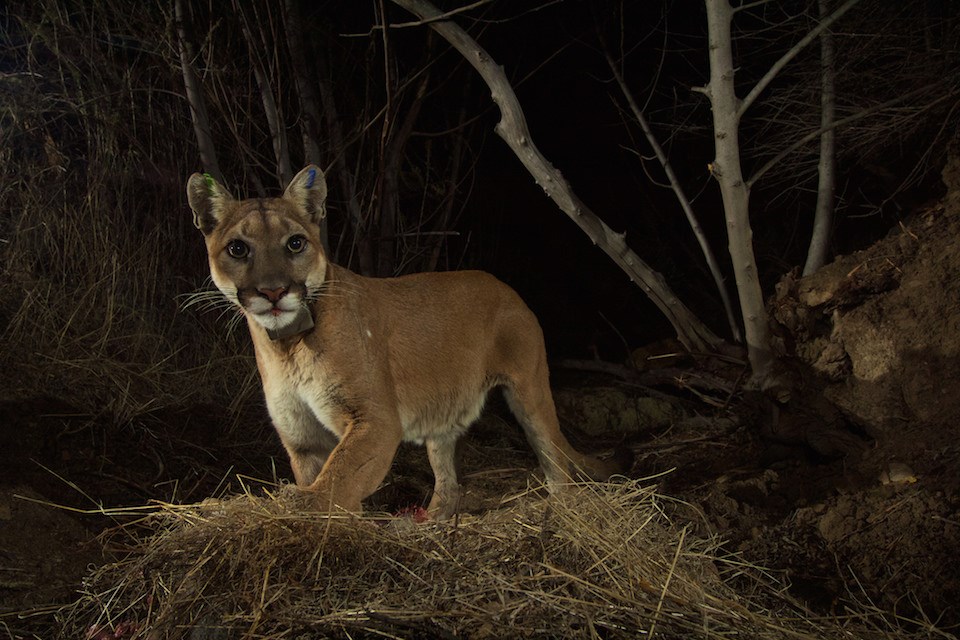 A photo of P-35, the mountain lion suspected in the attacks. The tracking collar on the 8-year-old female stopped working at some point, leaving the National Park Service unable to confirm whether she was behind last night’s mauling on Evening Sky Drive. Courtesy of National Park Service

A mountain lion has killed one family pet and wounded another in Simi Valley.

The puma was first spotted around 10 p.m. Wednesday in the 5400 block of Evening Sky Drive in the northeast corner of the city near Las Llajas Canyon and Chumash Park, Simi Valley Police Cmdr. Steve Shorts said.

Shorts said a resident called to report his dog had been attacked while the two were out on a walk in their neighborhood. The canine had to be taken to the veterinarian to be treated for its wounds; no update on its condition was available.

Four hours later, around 2:30 a.m., the cougar attacked another dog on Evening Sky Drive, Shorts said, this time in the backyard of a home. In that incident, the animal did not survive.

“The resident had let her small dog, Pumba, out to use the bathroom and realized after she let the dog out that it ran after or charged toward a mountain lion,” Shorts said.

The woman told police she tried to save her beloved miniature schnauzer by jumping on the mountain lion’s back and prying the animal from its mouth. Eventually, she fled back inside her home, Shorts said. 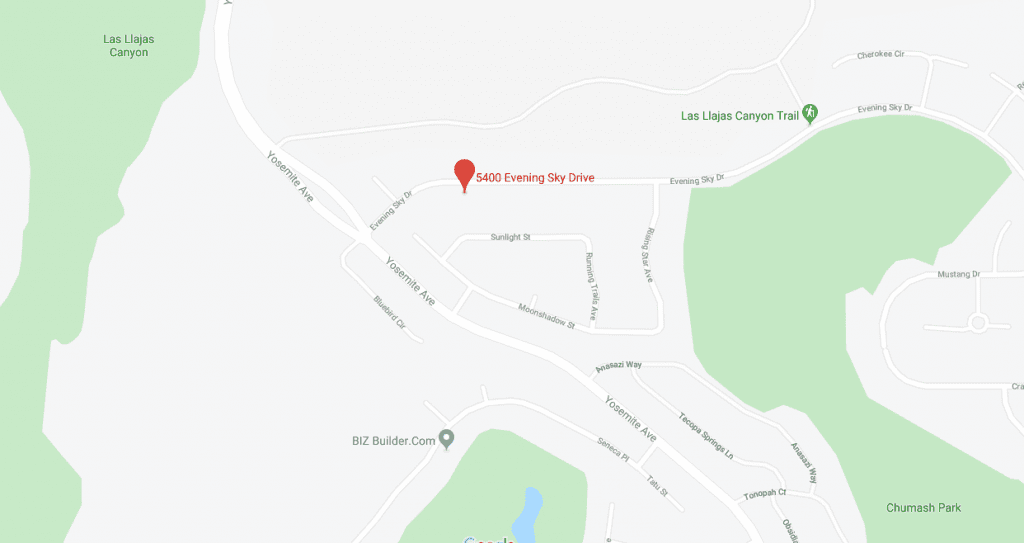 Both attacks occurred in the 5400 block of Evening Sky Drive, police said. From Google

“When she retreated, it hissed at her . . . they don’t growl like other big cats,” he said of the puma. “They have a distinct hiss that lets you know they’re in the aggressive mode.”

When SVPD officers arrived on scene, they saw the cougar in the backyard with the dead dog and contacted the local Department of Fish and Wildlife warden. The warden had intended to use a bean-bag gun to get the cat out of the neighborhood but it fled before he could arrive, Shorts said.

The Dec. 4 and 5 attacks followed a series of cougar sightings in the area.

Around 9:30 p.m. Dec. 3 a resident posted a video of a mountain lion walking along Cottonwood Drive near Evening Sky Drive heading toward the golf course. She reported that sighting to police.

Then around 11:30 a.m. Dec. 4, a resident near Pawnee Court and Seneca Place in the same vicinity called police to report the presence of a big cat, Shorts said.

Following that report, SVPD and Ventura County Animal Services officers—aided by a Ventura County Sheriff’s Office helicopter—checked the surrounding areas but did not find the big cat.

An officer who saw the mountain lion before it ran back into the hills said it was wearing a National Park Service tracking collar, police said. Ana Cholo, NPS spokesperson, said none of the mountain lions in the agency’s study with working radio collars were in the area at the time of the attack.

She said it’s possible the culprit could have been an 8-year-old female cougar known as P-35, whose collar failed prematurely. P-35 had been known to frequent that area, Cholo said.

“We tell people this is mountain lion country and most people are aware of that, and the Santa Susana mountains are right there,” Cholo said of the attack.

SVPD sent out a statement reminding residents that wildlife can be dangerous if cornered or confronted. Anyone who spots the mountain lion can call SVPD at (805) 583-6950 or Ventura County Animal Services at (805) 388-4341.