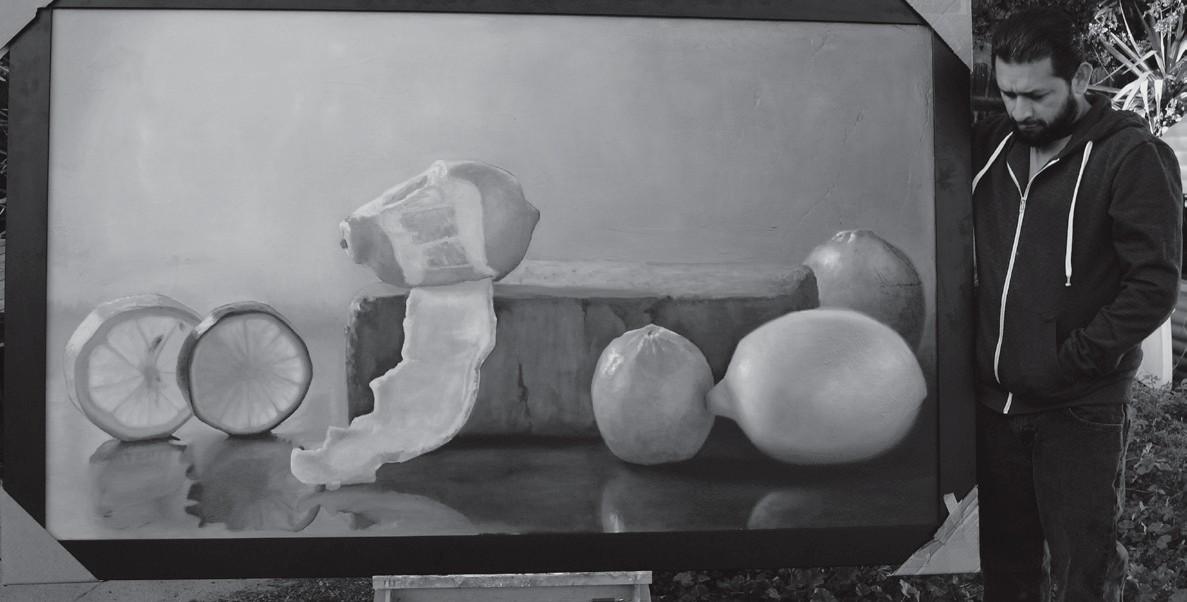 REALISM—Artist Scott Kiche displays his painting depicting fruit. He will be demonstrating a painting technique at the Westlake Village Art Guild’s dinner meeting on May 5.

Kiche was born in Guatemala in 1974. He has exhibited in Mexico City and throughout the U.S.

In 2014, he received an invitation by the Representational Art Conference 2014 presented by California Lutheran University to participate in the annual gathering of influential representational artists throughout the world.

In 2010, his artwork completed a tour with the International Realism Guild, a twoyear traveling museum exhibition.

He has received awards in several group shows and is published in books and artistic publications. One of his drawings is included in the book “Strokes of Genius 6: The Best of Drawing.”

He is represented by the Wally Workman Gallery in Austin, Texas, the Jack Meier Gallery in Houston, and the Waterhouse Gallery in Santa Barbara.

The all-inclusive price for the event is $25 for guild members and $30 for guests.