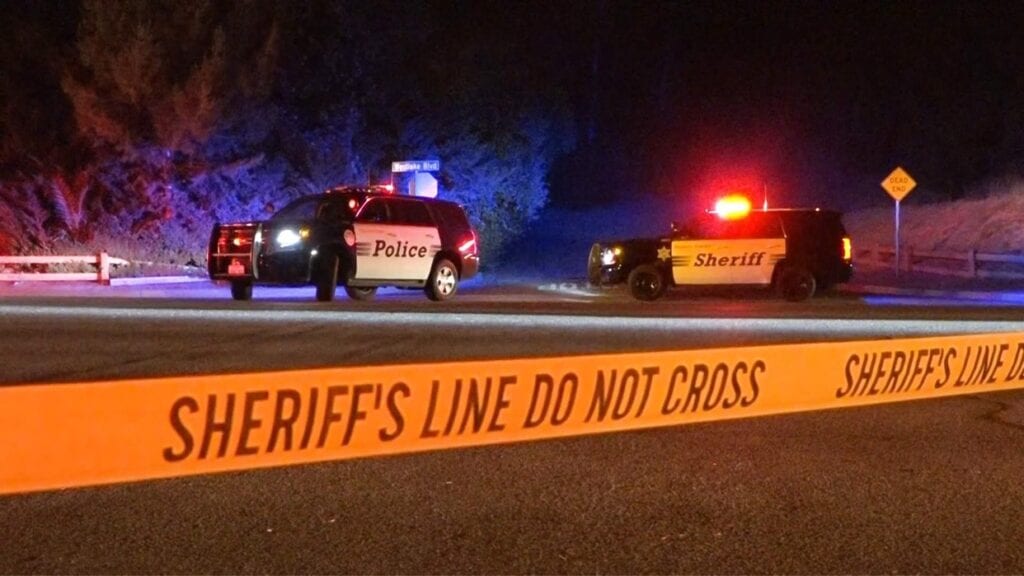 FIERY WRECK—The Ventura County Sheriff’s Office closed a portion of Westlake Boulevard for most of the morning to allow investigators time to study the scene of a fatal car crash that happened around 1:30 a.m. near Skelton Canyon Circle in Thousand Oaks. Deputies and fire department personnel arriving to the scene found the Tesla the victims were driving in completely in flames after striking a tree in the center median. JOEL COUNCIL/Safety for Citizens

Two young men, both members of the Oaks Christian High School Class of 2019, died early Sunday after the Tesla they were in veered off Westlake Boulevard and into a tree, according to police.

Killed in the crash: Ryan Breaux, 18, and Ezekial (Zeek) Bishop, 20, the Acorn has learned. Breaux is the brother of Grammy Award-winning R&B artist Frank Ocean, whose birth name is Christopher Breaux. Bishop was a standout member of the OCHS football and track teams.

Both were pronounced dead at the scene. It’s unclear who was behind the wheel or what caused the crash but speed is believed to have been a factor, police said.

The sheriff’s initial investigation indicated the Tesla was approaching Skelton Canyon when the car left the road and collided with a tree in the center median, according to a statement released this morning. Westlake Boulevard makes a slight curve just before the intersection. 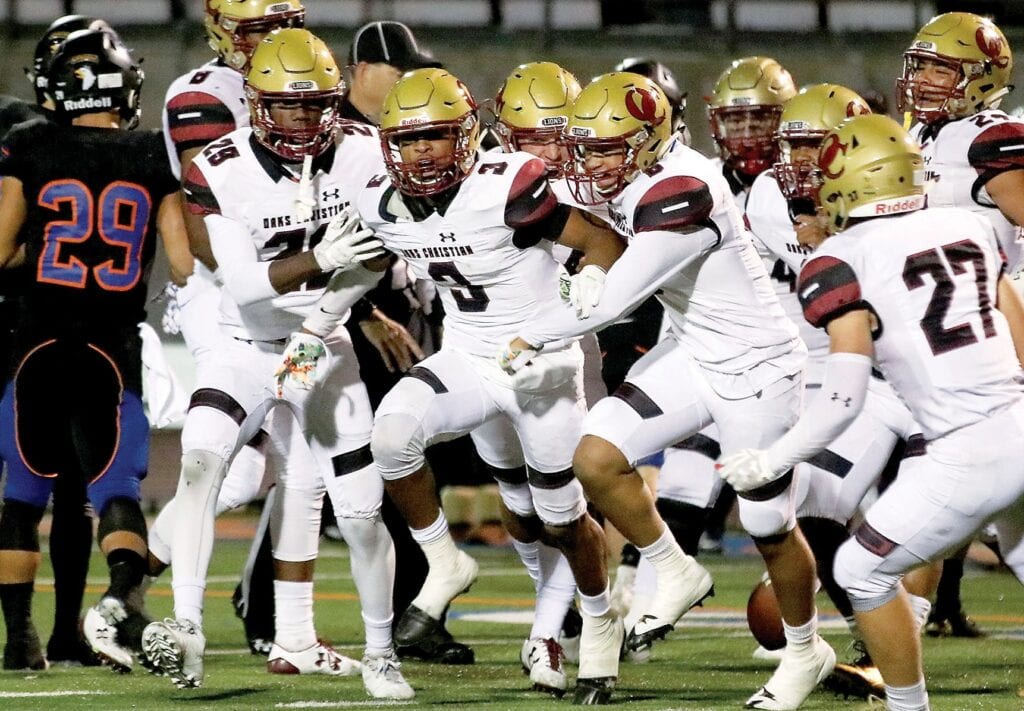 GONE TOO SOON—Ezekial Bishop, No. 3, center, celebrates one of his two interceptions with teammates during Oaks Christian’s 42-7 win against over rival Westlake on Nov. 3, 2017. Acorn file photo

Bishop was a dual-sport athlete exceeding in track and field as well as football.

Bishop lost his father, Diijon Bishop, in a car crash in January 2015. The elder Bishop and a passenger were killed when their car went over a guardrail on the eastbound 118 Freeway in Chatsworth and fell into a concrete riverbed.

Ezekial Bishop was a key contributor to Oaks Christian’s 2017 section-winning football team. After the team’s CIF-Southern Section Division 2 championship game victory over Valencia, he spoke to the Acorn about feeling his father’s presence. 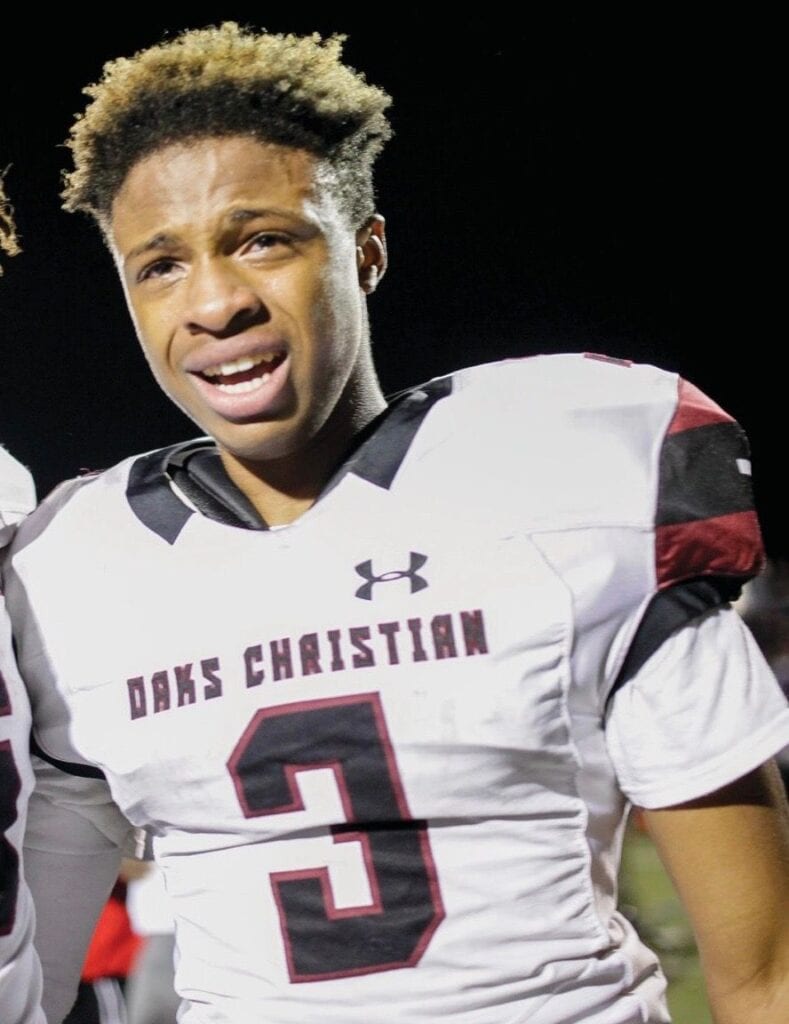 Ezekial Bishop reacts with emotion following his team’s championship game victory over Valencia in 2017, his junior year. Bishop’s father was killed in a car crash in 2015 in Chatsworth. Acorn file photo

“I did it for my dad. I played my heart out,” said Bishop, who had five tackles and deflected a fourth-down pass in the end zone that stopped a third-quarter drive. “That’s exactly what he would have wanted me to do.”

“I know he was here the whole time.”

Friends and former classmates took to social media today to lament the loss of the two young men.

“The world lost two very bright souls today,” tweeted @destinyhardy_ “They could literally light up any room with their energy. Rest in peace Zeek and Ryan.”

Oaks Christian is holding a drive-in graduation ceremony tonight at the Ventura County Fairgrounds for the Class of 2020.

This story will be updated. Reporter Jonathan Andrade contributed to this article.