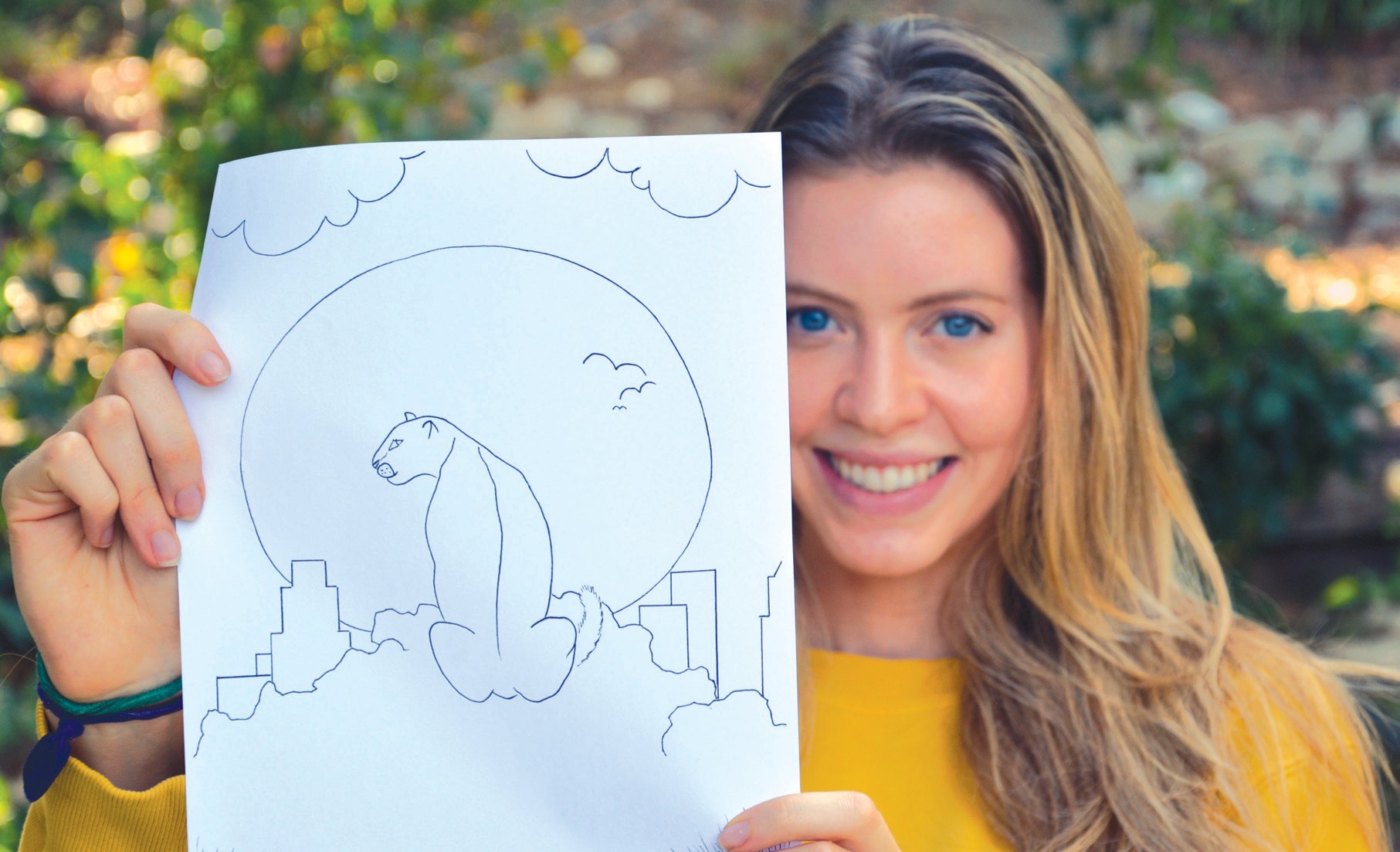 PURRFECT PUMA—Olivia Lester, above, a student at Agoura High School, is one of the contributing artists in a coloring and activity book about the life of Griffith Park’s resident mountain lion, P-22. Titled “We Heart P-22,” below, the book about the famous puma has inspired many artists and writers. Courtesy photo

Mountain lion P-22 has captured the attention of Hollywood actors and filmmakers, local politicians and conservationists. He crossed two of Los Angeles’ busiest freeways to make Griffith Park his home and has made the national headlines. 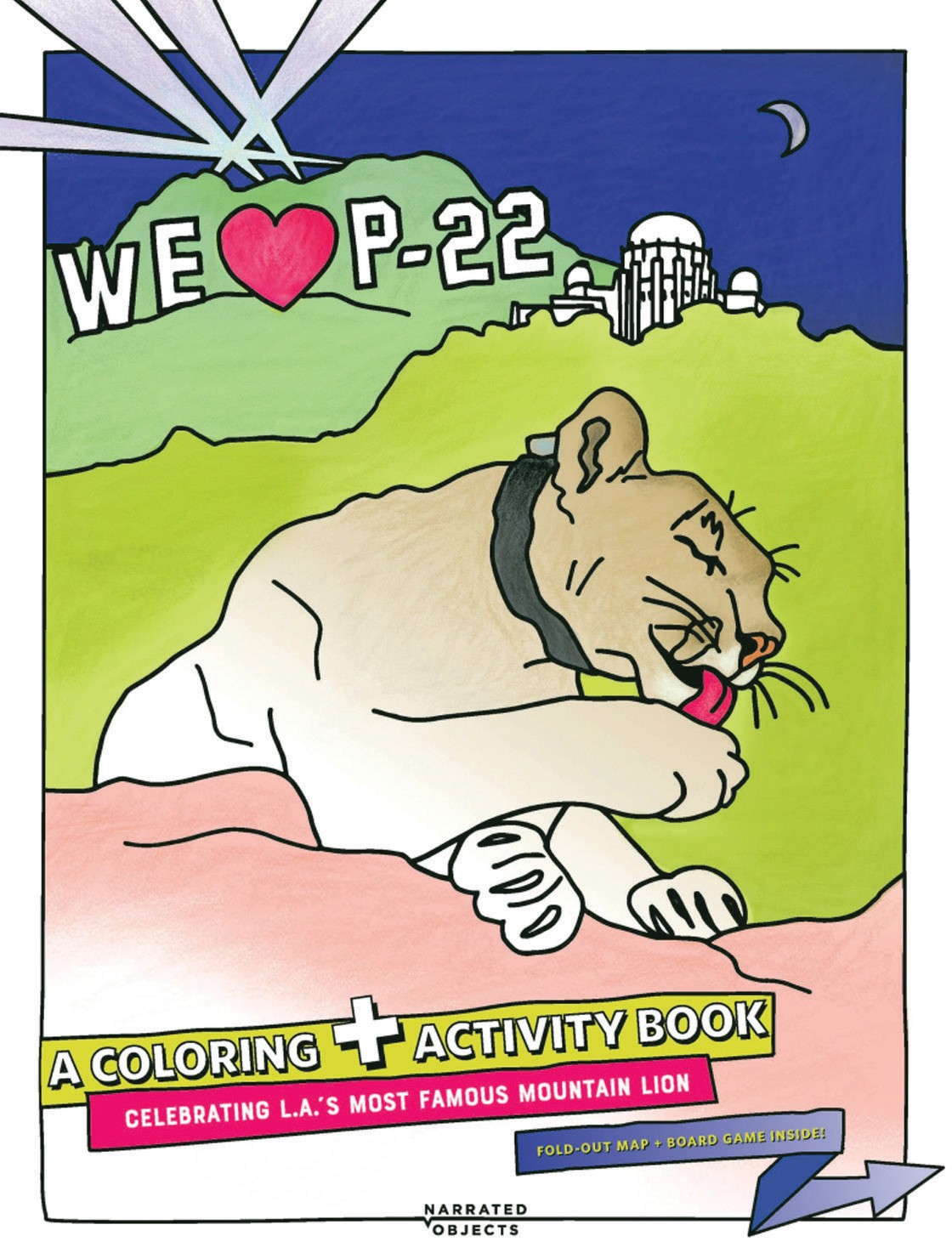 P-22, Griffith Park’s resident mountain lion, has inspired more than 50 emerging and established artists and writers to create a coloring and activity book about his life, species and city in a new book titled “We Heart P-22.”

Among the contributing artists is Olivia Lester, a student at Agoura High School.

Readers of the 138-page book will learn about the famous feline’s adventures through coloring pages, puzzles, cutout puppets, a fold-out Griffith Park map and a fold-out Adventures of P-22 board game.

Kids can color and discover places the cat has been or might like to go while learning the importance of preserving urban wildlife and reading essays by scientists and wildlife advocates such as Miguel Ordeñana, citizen science coordinator of the Natural History Museum of Los Angeles, and Beth Pratt-Bergstrom, California director of the National Wildlife Federation and author of “When Mountain Lions Are Neighbors.”

A portion of the proceeds from “We Heart P-22” will go to Friends of Griffith Park, which works to protect P-22’s habitat and the park itself.

The editors of the book, Teena Apeles and Andrea Richards, also writers, were inspired by their children’s interest in P-22 and love for Griffith Park. They wanted to produce a book they say is entertaining, educational and collaborative.

The book’s contributors range from age 5 to over 50, including from middle-school artist Liam Kochakji and his award-winning illustrator and animator father, Patrick Kochakji.

Also contributing are teachers and their former students, three sets of fathers and daughters, friends and colleagues.

The majority of artists and writers are L.A. residents. The book is a collaborative effort, with contributions from Jeff Sikich of the National Park Service and Gerry Hans of Friends of Griffith Park.

As the debut publication from Narrated Objects, a creative collective, the book launches the L.A. Coloring + Activity Book Series, which will bring artists together to produce books that spotlight Los Angeles.

Area nursery sprouts hope, optimism, jobsJazz club finally back in the swing of things after lockdownSpeech and writing contest