Celebrating a century of life experiences

‘A pioneer’ in the Black community 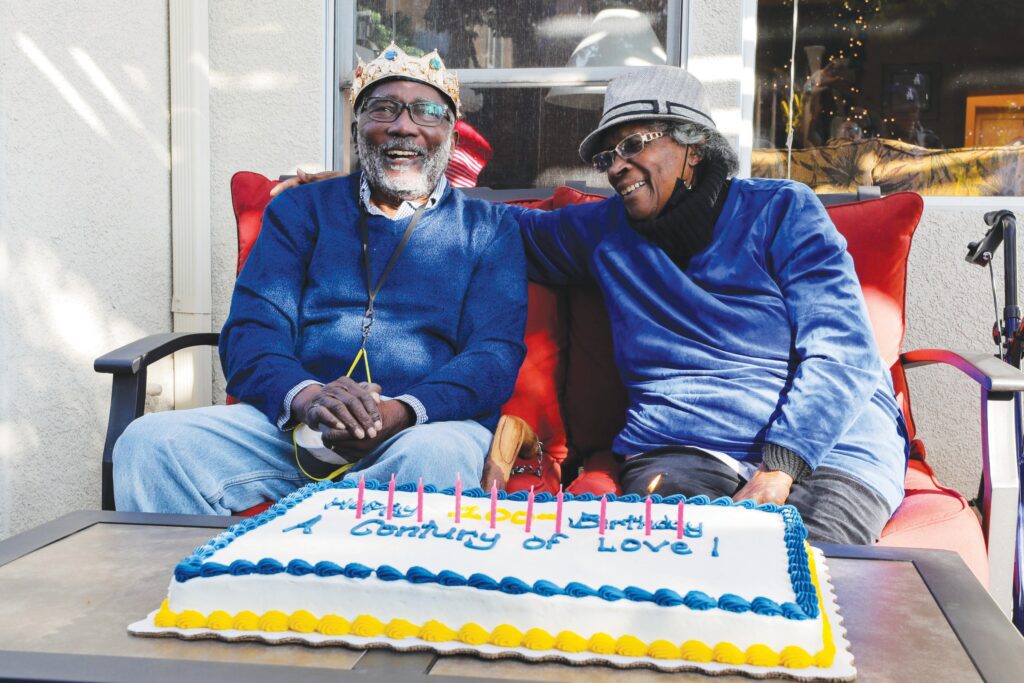 For his 100th birthday party on Dec. 4, World War II veteran Jonathan Nix was surrounded by family members and friends who came out to celebrate what continues to be, for the most part, a charmed, long life.

Nix, a Fillmore resident, has been blessed with good health, and even today, looks several decades younger than his age.

“I don’t feel any different from what I am now to what I was. I feel good,” said Nix about turning 100.

Before his birthday celebration at his daughter Mirna Cannon’s home in Moorpark, the soft-spoken Nix confessed that things were not always easy for him as an African American growing up in the South and serving in the military, where he faced racism and bigotry.

“I felt that I was mistreated. Despite all of that, I was very loyal to my country,” Nix said. 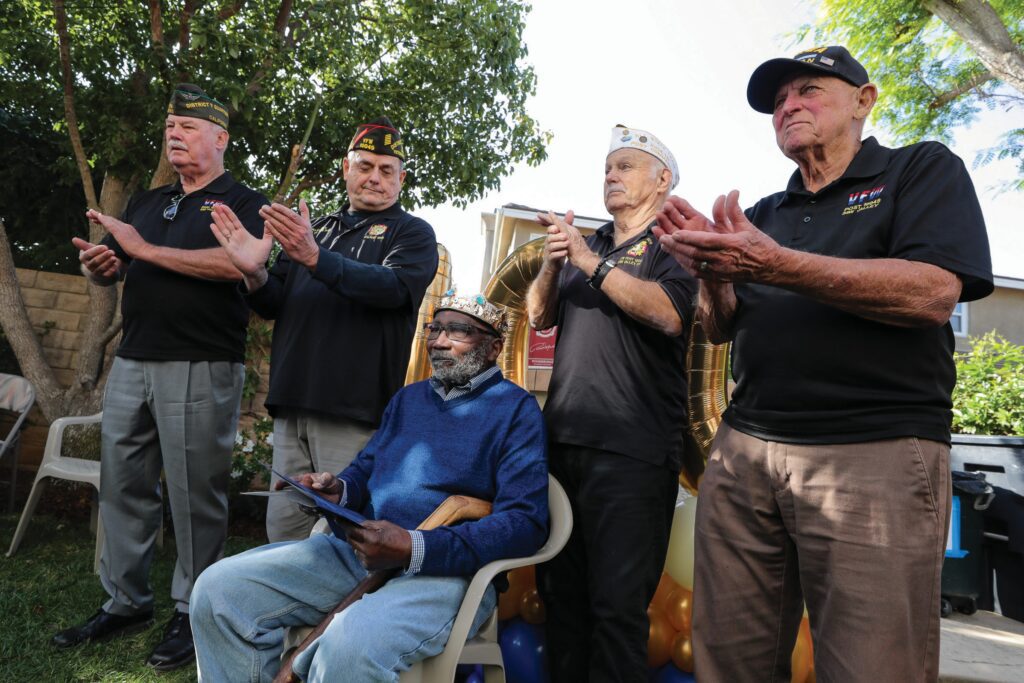 “Coming from the Black Belt in Alabama, Jonathan was born in the same region as Rosa Parks,” who is best known for her pivotal role in the 1955 Montgomery bus boycott.

“He went to segregated schools in Alabama where the white bus drivers of the school buses would drive by and splash mud on the little Negro kids walking to school. And Jonathan came through all of that before he got drafted into World War II,” Millner said.

Nix joined the Civilian Conservation Corps at the age of 17, then worked for the Veterans Administration as a male nurse prior to joining the Navy in 1943.

As a pharmacist’s mate first class during WWII, he served in Germany and the New Hebrides Islands in the South Pacific.

“It’s an experience I wouldn’t want to experience anymore, because it was not pleasant due to being segregated at the bases,” Nix said. “Even though we had thousands of men, you had meals in different mess halls. We had different sleeping quarters.”

Segregation impeded his ability to do his job, too.

“Despite his training, he couldn’t go and serve in the Navy hospitals because there were white females and white personnel there and he couldn’t be around them because they feared he might touch somebody,” Millner said.

Nix subsequently went back to the VA, working mostly as a nurse in the psychiatric field, and also served for many years in the Naval Reserve until his retirement around 1980.

“Jonathan was one of those veterans that served in multiple theaters of war and served with honor and loyalty despite circumstances at home, in Alabama and other places,” Millner said.

Millner considers Nix a “pioneer” in the Black community for moving his family into the mostly white communities of West Covina and West Los Angeles during the 1950s and 1960s when discrimination was still commonplace.

He said Nix encouraged his children, as well as other Black kids, to continue to go to school and seek opportunities.

He is an example of determination and courage, Millner said.

Speaking about race relations today, Nix said things are moving along, albeit slowly.

“Even though we had a Black president, we still have barriers we need to break,” said Nix, who credits the late Gen. Colin Powell, the first African American secretary of state, as a leader in desegregation.

Outside of his career in the military, Nix was also a graphics printer, security guard and Spanish speaking drug and alcohol addiction counselor.

Verby Nix, 59, said his dad always stressed the importance of education to his children. Nix has two associate degrees, and was always going to school to learn new things. He also speaks four languages.

During the Dec. 4 celebration, Nix wore a bejeweled, gold party crown and ate a birthday doughnut while guests wished him a happy birthday. Members of the Veterans of Foreign War Post 10049 in Simi Valley commended his service. His youngest sister, Esther Doris Tramell, 87, came out from New York to be part of the festivities.

A large contingent of police and fire vehicles drove by Cannon’s house to wish Nix well on his very special birthday.

“This is a great moment to celebrate. I’m glad we were able to make it,” said Ventura County Fire Department Battalion Chief Anthony Romero, who presented Nix with a proclamation.

Oxnard resident Wallace Dailey, 78, called his friend Jonathan “a walking history museum,” and said many people, including himself, are surprised at first when they hear his age.

Dailey recalled that when Nix told him that he attended the funeral of former slave and prominent Black scientist George Washington Carver in 1943, he didn’t believe it at first because Nix didn’t look old enough to have been there.

Dailey said he believes Nix’s habit of walking mostly everywhere has contributed to his longevity.