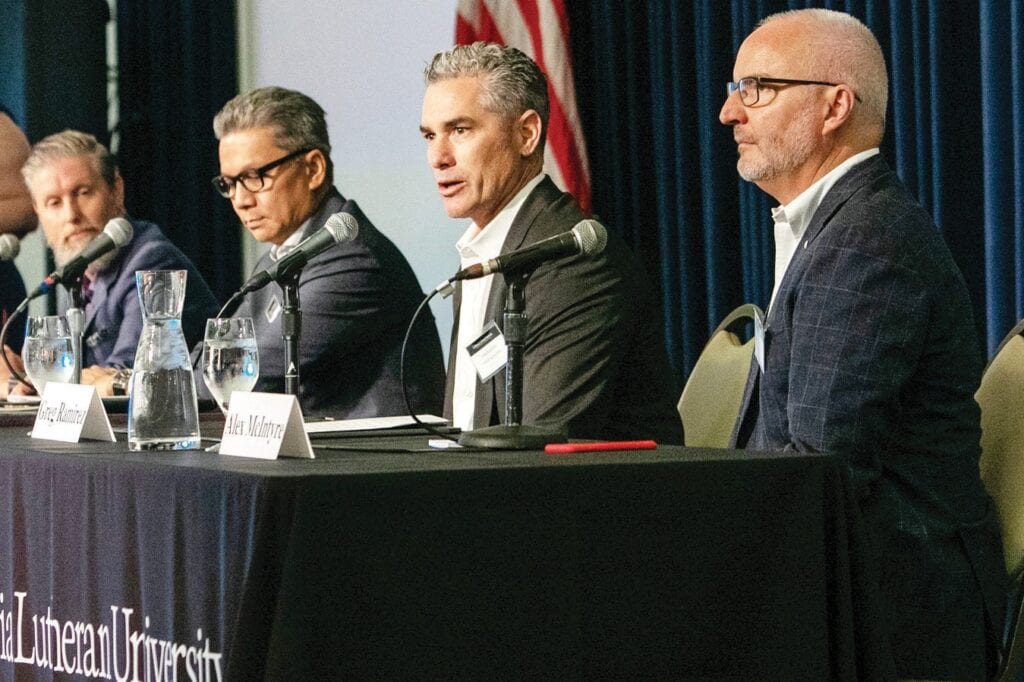 The Agoura Hills City Council met in closed session May 22 to discuss the pending departure of Greg Ramirez as city manager and formulate a plan to replace the longtime city staffer.

The City of Camarillo scheduled a meeting for May 27 to announced the hiring of the 52-year-old Ramirez as its new city manager.

Ramirez is expected to take over Camarillo’s top staff position on July 1.

“The City Council interviewed several very qualified city manager candidates and was impressed with Greg’s experience, management style and accomplishments for leading our organization into the future and for working with the City Council in addressing the important issues facing our city,” Mayor Tony Trembley said in a statement. Ramirez replaces the retired Dave Norman as Camarillo’s chief executive.

Ramirez will bring 27 years of public administration experience to Camarillo. He spent 16 years as the top staffer in Agoura Hills.

“He started as an assistant to the city manager, moved his way up to city manager in 2004,” said Agoura Hills Mayor Illece Buckley Weber. “He’s done a great job for our community. We’re going to miss him.”

“We understand that he’s at a perfect time in his life to engage in new challenges, and the City of Camarillo is so lucky to have brought him on,” Buckley Weber said.

Ramirez, a Thousand Oaks resident, said he will be going to a city that is “well-managed, fiscally prudent, service- and community-focused and positioned for achieving great technological and economic success.”

“It’s a wonderful city, and it provides an outstanding professional growth opportunity for me. It’s a larger city, larger budget and larger staff,” the 52-year-old said.

Ramirez acknowledged the economic challenges the city is facing as a result of the pandemic.

“I think it fits my skill set perfectly,” Ramirez said “I’m ready to take it on firsthand.”

Before coming to Agoura Hills in 1998, Ramirez spent two years with the League of California Cities Southern California office and one year as an analyst with the City of Santa Fe Springs.

He has held volunteer positions with the League of California Cities City Managers Department Executive Committee, Las Virgenes-Malibu Council of Governments, and the Senior Concerns nonprofit board of trustees.

Ramirez has three children between the ages of 11 and 16 with his wife of nearly 20 years, Lauren Ramirez.

In his spare time, he enjoys running, yoga, watching his children’s sporting events and spending time with family.