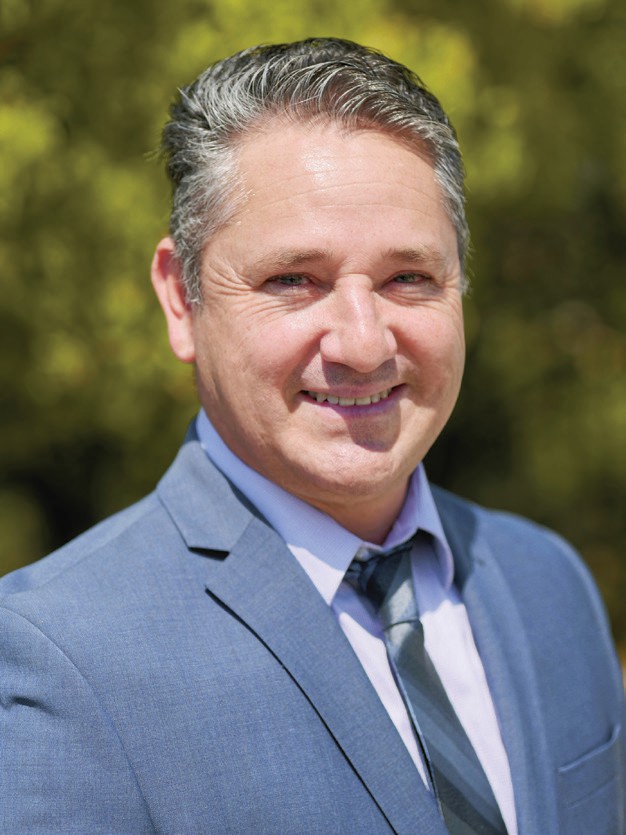 SHARING HIS STORY—Tony Ayala overcame challenges to graduate at age 46 with a degree from Cal Lutheran University. Courtesy photo

When Tony Ayala stood at the podium and delivered the commencement speech for Cal Lutheran University’s Bachelor’s Degree for Professionals program, he overcame years of self-doubt. 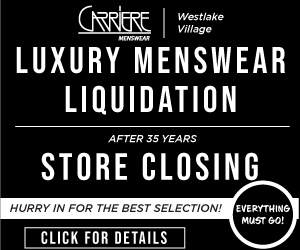 As Ayala, 46, faced the folding chairs and bleachers May 14, he hoped to honor his parents, teach his children and inspire other struggling students.

“Four years ago, I would never have thought that I would be speaking in front of a class, let alone a graduating class,” Ayala said in an interview before graduation day. “My message is, no matter what challenges are put in front of you, don’t give up.”

Born in Ventura, Ayala is one of eight children. His parents were farmworkers.

When he was just a few months old, his family moved back to Mexico for eight years after a family emergency. When they returned, Ayala struggled academically because he didn’t speak English.

During his senior year at Hueneme High School, he toured Cal Lutheran. Though he fell in love with the campus, Ayala knew his parents couldn’t afford the tuition.

“For them, it was never an option to see their kids going to school,” he said. “It was a fantasy for me. It was like, ‘I’m never going to be able to come here— there’s no way.’”

Soon after, Ayala joined the Navy. He served 20 years as a construction mechanic and retired in 2014 to care for his 13-year-old son, Alex, who was diagnosed with brain cancer.

Four years later, when Alex was in remission, Ayala decided to apply to CLU to earn his bachelor’s degree.

“The biggest thing for me was being a role model for my boys,” Ayala said. “I felt like my purpose was to show them what life was about.”

His older son, Anthony, was not doing well in community college. Ayala knew that if he was going to convince his son to work hard in his classes, he had to do the same.

With help from a friend, the Camarillo resident met with an admissions counselor and enrolled at the university.

He’ll be the second of his seven siblings to graduate from college, and Ayala said being a first-generation college student ensures his parents’ sacrifices weren’t made in vain.

“It’s easy for us to forget the struggles (our parents) experienced to try to give us an opportunity,” he said. “I want them to feel proud that their decision to come here to this country was not a bad decision.”

He also sees his decision to earn a degree as a personal challenge.

“The biggest why is to prove to myself that I can do it,” Ayala said. “I always doubted myself growing up, and being my own worst critic was difficult to overcome.”

When looking at the list of possible majors, Ayala chose the one at the very top: accounting. Learning how to manage his finances is empowering and benefits his work as a program manager for the Naval Facilities Engineering and Expeditionary Warfare Center.

Surrounded by students in their late teens and early 20s, he initially felt out of place. But as he formed relationships with his professors and other students, he began to thrive.

Ayala said he is committed to serving as a mentor to students, including veterans and those who are struggling.

By openly discussing wide-ranging topics such as undergoing seven surgeries and caring for his aging parents, he hopes to connect with others.

During one of his student council meetings, Ayala learned of the opportunity to apply to be the commencement speaker. His counselor encouraged him to go for it, but he refused.

“I have a phobia of public speaking, let alone writing something that somebody would want to listen to,” he said.

Eventually, Anthony and Alex convinced him to apply. He waited until the day before the deadline to write and submit a speech.

Despite his doubt, he was selected to give the commencement address.

“It was very surprising to me because there are very, very talented students that I look up to,” Ayala said. “I was nervous, but now I’m happy with being able to do it because if I can overcome that, it might empower other students to get past their fear.”

Ayala understands the value of sharing his struggles to help others feel less alone. He hopes his words reach those who are on the verge of giving up.

“When you start something, it’s very difficult to see the finish line,” he said.

With a smile and laugh full of pride, Ayala described his own graduation as unbelievable.

As he spoke on behalf of 78 fellow graduates in his cap and gown, he wanted them to leave the ceremony with one lesson: “Anything is possible.”

“There is a solution, and you can overcome it,” he said.

Though watching their son graduate from college was once unimaginable, Ayala said, his mother and father are proud of his accomplishments.

Ayala’s oldest son is considering transferring to CLU, and his youngest son is attending Moorpark College.

He tells them that now that he has graduated they have no excuses.

As for Ayala, he plans to earn his master’s degree in business finance from none other than Cal Lutheran University.