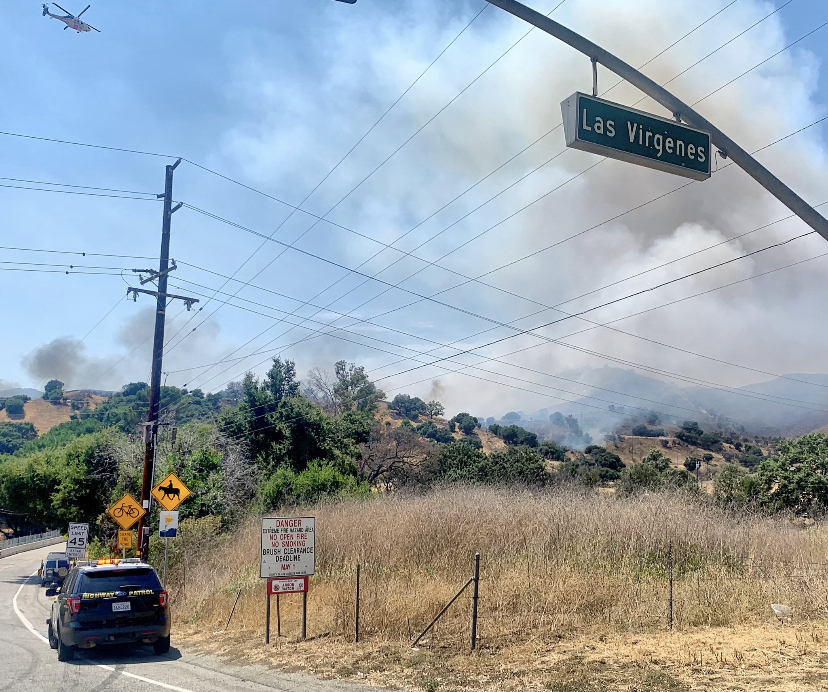 In the midst of a blistering weekend heatwave, a brush fire erupted in the Santa Monica mountains early Sunday afternoon, sparking immediate memories of the 2018 Woolsey fire that ripped through the same dry hills and caused extensive damage.

This blaze, dubbed the Rockpool fire and later the Rock fire because of its proximity to Malibu Creek State Park, failed to reach Woolsey intensity and consumed just 75 acres before being reported 70% under control at around 5 p.m.

Mulholland Highway between Las Virgenes Road and Kanan Dume Road, as well as Malibu Canyon Road between the PCH and the 101 Freeway, remained closed for much of the afternoon while ground crews and air assets arrived on the scene.

The Los Angeles County Fire Department deployed helicopters to battle the flames. Aircraft could be seen pulling water from nearby Malibou Lake.

Camp sites at Malibu Creek State Park were evacuated, and California State Parks personnel worked with deputies from the Lost Hills Sheriff’s Station to escort day hikers out of the area. No structures were threatened.

As firefighters contained the blaze, roads in the canyon began to reopen to traffic.

The National Weather Service has issued an excessive heat warning through Thursday.