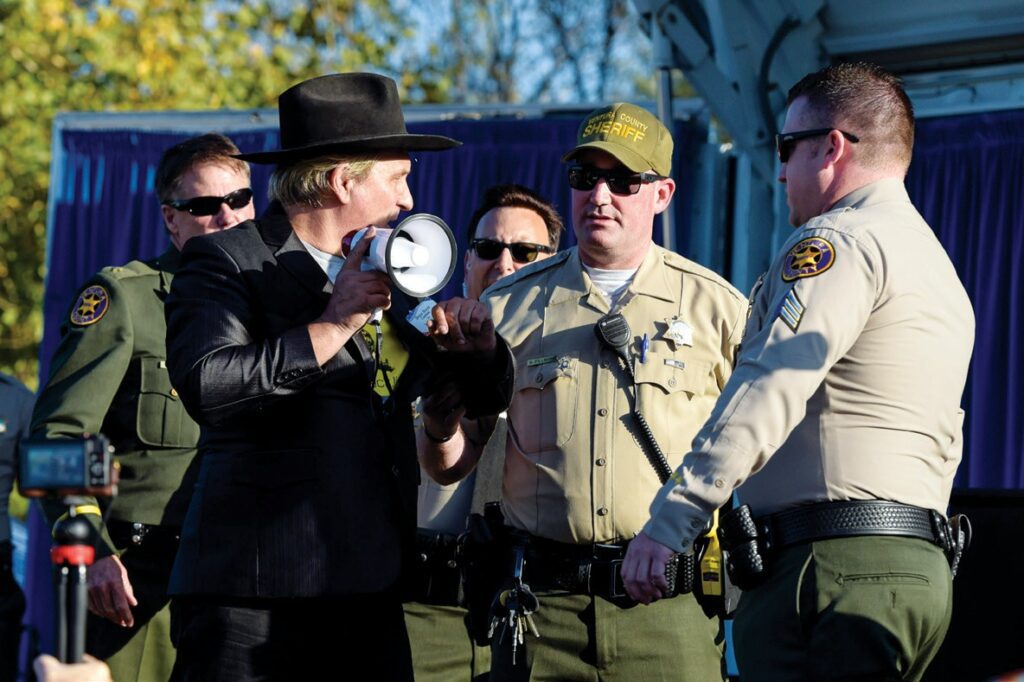 First, he sued unsuccessfully for a chance to run for sheriff of Ventura County. Now Agoura Hills resident Bruce Boyer is suing the very entity he aspired to lead with regard to a 2019 arrest at a Borderline Bar and Grill memorial that he says violated his constitutional rights.

In papers filed Nov. 2 in Los Angeles federal court and obtained by The Acorn, Boyer claims that Ventura County Sheriff’s Office deputies violated his right to free speech when they arrested him Nov. 7, 2019 at Conejo Creek Park North in Thousand Oaks during that year’s gathering to remember victims of the mass killing a year earlier at the now-shuttered establishment.

At the 2019 gathering, Boyer used a battery-powered megaphone to espouse his views questioning various aspects of the investigation into the shooting, in which 13 people, including the gunman and a Ventura County Sheriff’s Office sergeant, were killed. 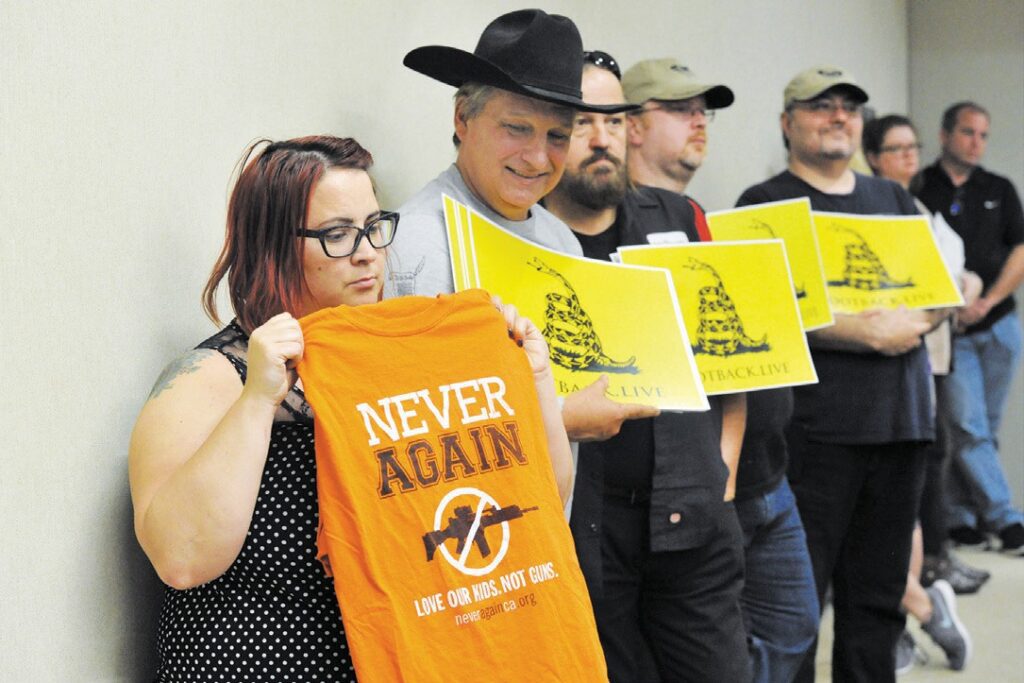 ACTIVIST— Bruce Boyer, in a cowboy hat, during a 2019 hearing in Simi Valley over whether to halt future gun shows at the Ventura County Fairgrounds. Acorn file photo

Deputies arrested him midspeech and, according to the lawsuit, “prevented (Boyer) from expressing his opinions and concerns” about the investigation.

Boyer was never charged with any crime related to the incident.

In addition to seeking a judicial finding that his First Amendment rights were violated, Boyer seeks unspecified damages over an alleged free-speech violation and the defendants’ alleged actions “under the color of state law” that denied his right to free expression of speech.

The defendants have yet to respond.

Boyer, who has no law enforcement experience, had sued in 2018 to get his name on the ballot for Ventura County sheriff. But a court ultimately ruled that he lacked the minimum qualifications to serve as the county’s top law enforcement official.

Boyer isn’t shy about the limelight.

He went to federal court in 2011 attacking city ordinances in the Southland that restrict the use of mobile billboards. Boyer claimed the ordinances limiting his use of mobile signs on vehicles and trailers in order to advertise his private home security business infringed on his right to free speech.

Boyer fought against a similar state law tightening mobile billboard restrictions that was passed in 2012.

Over the years he’s made multiple appearances at local city council meetings fighting for individual causes, such as the right to bear arms. In 2019 he protested in Simi Valley against a move to end gun shows at Ventura County Fairgrounds. 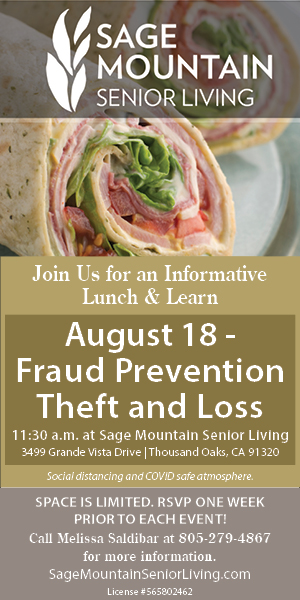