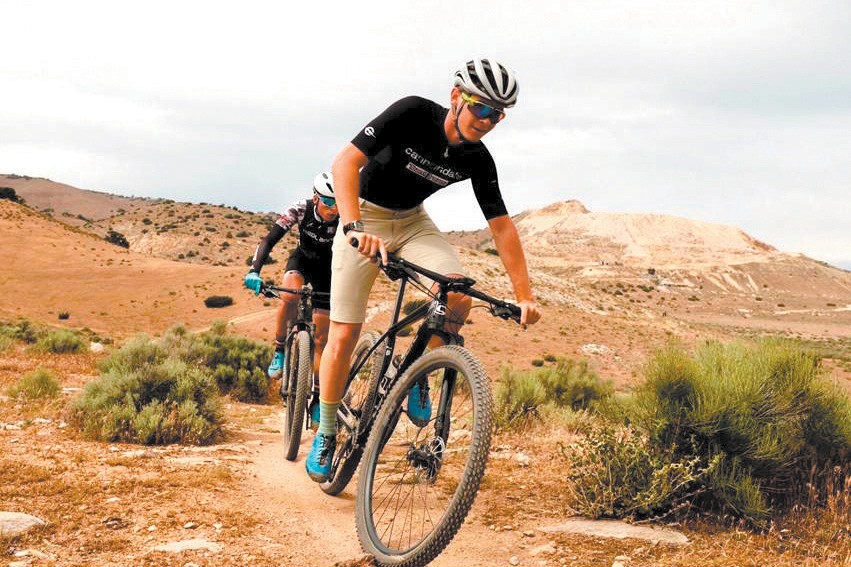 SPEED RACER—Tydeman Newman hits the dirt as a competitive mountain bike racer, but the teen is also making plans for the day when he puts away his bike for a second career. Courtesy photo

Most teens who set their sights on glory think school is an obstacle to achieving greatness. Tydeman Newman isn’t most teens.

The Agoura High School junior is a successful competitive mountain bike racer, and while the 17-year-old is on his way to becoming a household name in the sport, he also knows that all races eventually come to end and that his schooling should remain his top priority.

The Woodland Hills resident won a victory at the California State Mountain Biking Championships for high school students on May 19, but he’s not letting the accomplishment go to his head.

“Over the last two or three years I’ve realized this is something I could make a career of, which is incredible,” the 17-year-old said. “It is something you can do as a career, but I’m also big on realizing it’s only going to last so long. Even if you’re the greatest professional cyclist on the planet, you turn 35 and you’re basically done, and what are you going to do the rest of your life?” 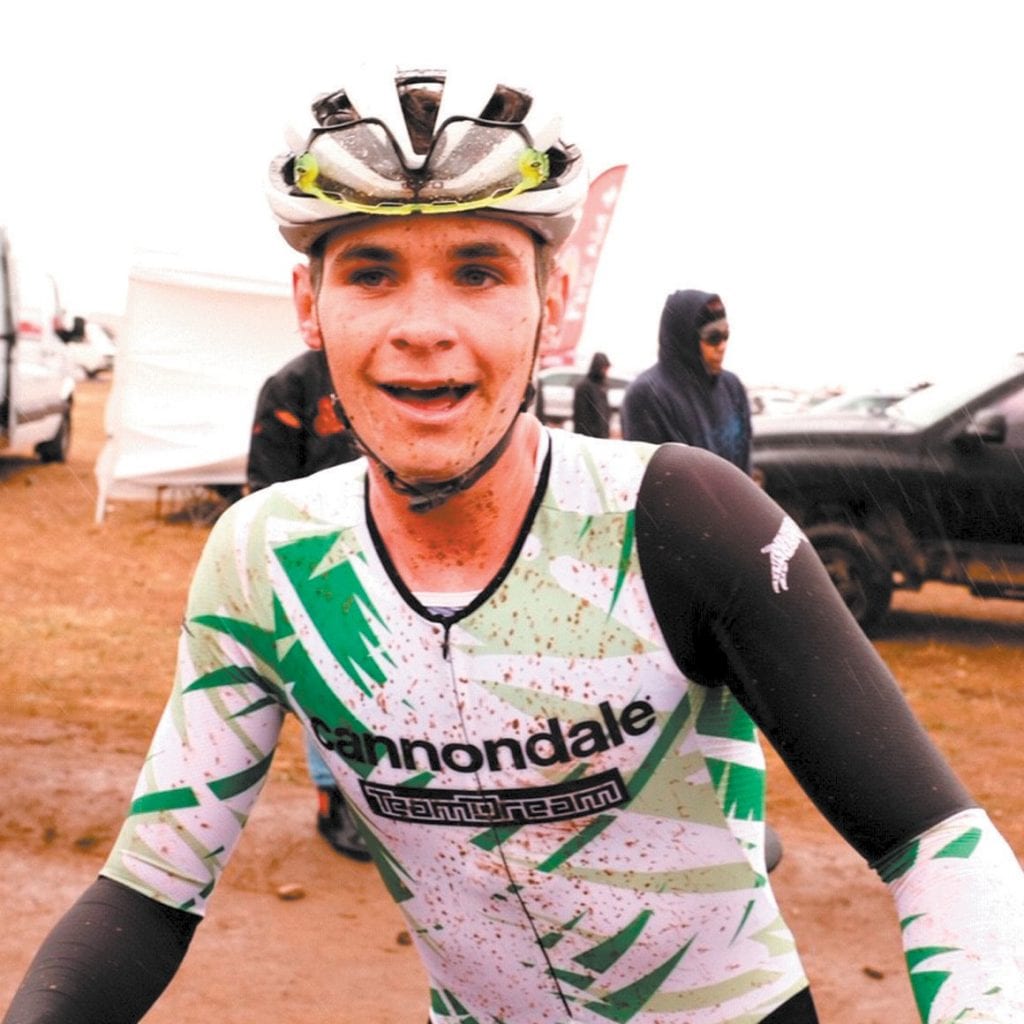 WHEELS OF FIRE—Tydeman Newman began riding bikes at age 2 and is now achieving notoriety in the sport of mountain biking. The Agoura High School teen is looking forward to a career in sports medicine after his stops racing competitively.

So, though he’s been riding bikes since he was 2—without training wheels, he said—and at 6 realized racing bikes was what he wanted to do, he’s planning for the day when he can’t or doesn’t want to ride competitively anymore. Tydeman intends to go to college and study medicine.

“Agoura High School has a really good sports medicine program which I’ve been a part of for two years now,” he said. “It’s made me discover this love of helping athletes, as well as from the other side of it: being an athlete, having injuries and also seeing people working so hard to get you back (to health). It inspired me to be one of those people as well.”

His parents also inspired him. His mom used to compete in triathlons, and his dad rides and races bikes. Tydeman followed in their footsteps and started competing in bike races as a child.

When he was in middle school, he learned about the high school mountain bike racing league, which has a middle school component. He joined the Calabasas High School team, which welcomed riders from throughout the area. Joining the league made him take competition more seriously, he said. 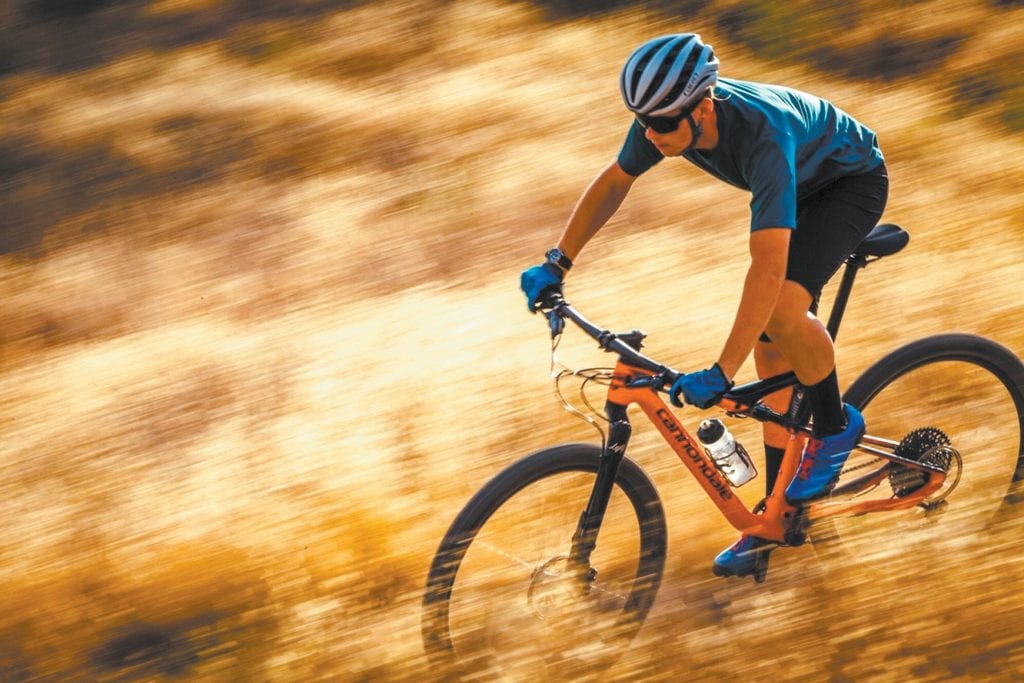 He said the size of the teen racing community really surprised him. Races often have upward of 1,000 participants, and they don’t compete in time trials. They are racing other riders and not the clock. He said trying to pass someone on a narrow canyon road requires strategy as well as speed; otherwise, someone might get hurt.

“There’s definitely a level of danger to (racing), which keeps it from becoming fully mainstream, but it’s no more dangerous than football,” Tydeman said. “A lot of the high school stuff encourages safety; there’s lots of caution signs. Another person may look at it and think it’s not safe, but they’re happy with smashing heads in a football game.”

Tydeman said he’s been lucky—he’s broken fingers and sprained his wrists but never had a major accident. Still, he said, the sport puts a lot of stress on the body. He recently took up running so he can get some impact training. He said his bone density will be a concern when he’s in his 40s.

As a low impact sport, cycling is exercise, but Newman knows he can’t only rely on his bike to keep him healthy as he gets ages.

Tydeman said he’s seen plenty of riders burn out at the top of their game, whether from injury, illness or just getting tired of riding and wanting to do something else.

Rather than make cycling his entire life, Tydeman wants to integrate it into whatever else piques his interest. He’s looking at colleges that have medicine programs and mountain biking teams, and has his eye on a few campuses in Colorado.

“I want to be doing something always and making whatever difference I can,” he said. “That’s a big thing for me, just not finishing at 35 and ending up a nobody. Whether that means staying in the cycling industry or doing medicine, I want to have something after.”