ARM AND HAMMER—Westlake High’s Danny Nieves, above, delivers a pitch against Calabasas last Friday. Warrior third baseman Christian Yelich, right, takes a big swing at an offering later in the ballgame. The Warriors won, 10-3, to pull into a fifth-place tie with Calabasas in the Marmonte League standings.

This could be the greatest dogfight since Hollywood was shot down at the tail end of “Top Gun.”

The Marmonte League baseball season has reached its home stretch, and several teams are jockeying for playoff positioning.

Others are fighting for their postseason lives.

Entering the week—each squad played Wednesday but scores weren’t available at press time—Royal had a two-game advantage in the standings over both Moorpark and Newbury Park.

Bedeviled by injuries early in the season, Thousand Oaks has battled back to join Calabasas and Westlake in the middle of the Marmonte pack.

Agoura’s playoff hopes are hanging by a thread, while perennial powerhouse Simi Valley occupies the cellar and appears to be in next-year mode.

The league gets four guaranteed CIF-Southern Section Division 1 postseason spots and can earn a wild-card bid if the fifthplace school finishes with an overall record at or above .500.

“The level of intensity has gone up every game,” Calabasas head coach Ed Edsall said. “Even games where the score isn’t close, those games are generally close for several innings. . . .

“There’s going to be some very exciting baseball these next two weeks.”

Behind ace right-handed pitcher Cody Buckel, Royal has established itself as the league’s premier ballclub.

Buckel’s 8-0 record and 0.61 earned-run average top the Highlanders. He had 74 strikeouts and only nine walks through his first 46 innings on the mound.

Royal’s No. 2 pitcher, lanky lefty Tyler Abbott, has been almost as impressive while posting a 5-2 record with a 0.70 ERA and 52 punchouts in 40 innings.

But the Highlanders, in recent years, have always been able to pitch. The difference this season is that they’re hitting the ball, too. The team batted a collective .354 with 21 home runs through its first 22 contests.

“Over the summer, into the winter and for most of our practices we put a lot of time in hitting,” Royal head coach Dan Maye said. “We were trying to get some of our guys that are athletic to become hitters.

“So many of our guys have picked it up that it doesn’t put pressure on one or two players to produce runs. Different guys are contributing.”

Like the Highlanders, Newbury Park has a pair of dynamite starting pitchers in Jimmie Sherfy and Jordan Brower.

During an extra-inning game against Royal last week, Sherfy struck out 14 Highlanders but was saddled with a no-decision as the Panthers’ bullpen was touched up for nine runs in the top of the eighth.

Scoring runs has been an issue for Newbury Park.

“We have excellent hitting,” NPHS head coach Matt Goldfield said. “It’s just our kids’ atbats aren’t quite coming around right now. If we do get hot with the bats, we’re going to be a force to be reckoned with. It’s up to them now.”

Brower, who plays first base when he’s not pitching, was batting .386 prior to Wednesday’s clash with Moorpark.

Moorpark, on the other hand, can swing the bats as well as anyone in the Marmonte, as evidenced by its 134 runs scored, second only to Royal.

Center fielder/pitcher Luke Swenson is putting up MVP-type numbers for the Musketeers. He leads the squad with a .423 average and is second on the team with a 1.54 ERA.

With a pair of five-game winning streaks, the Musketeers have shown flashes of brilliance.

Thousand Oaks has gotten by on guts and guile.

Talented center fielder Avondre Bollar is back after a prolonged absence. Bollar should give the offense an immediate boost as soon as he gets into a rhythm at the plate.

Standout third baseman and co-captain Danny Leon, however, will not join the Lancers for the stretch run, according to head coach Jimmy Stueve. Leon was hoping to return from an earlyseason leg injury.

Shorthanded but more than willing to tough it out, Stueve makes no excuses and will not lower his expectations.

“I think we will make the playoffs,” the coach said. “But no one’s going to roll over for us.

“We just need to believe in ourselves. It’s not a talent thing. It’s just an execution and belief thing. If we believe we can do it, we can beat anybody. If we come out mentally prepared and ready to compete for seven innings and 21 outs, then we are a very difficult team to beat.”

Thousand Oaks has been streaky all season yet has some quality wins against the likes of Long Beach Wilson, Royal and Moorpark.

Cody Thomson has been the team’s premier power hitter with five round-trippers. He’s also the No. 1 starting pitcher.

With a team ERA of 4.39, Lancer hurlers must do a better job keeping runs to a minimum if they want to see their season go deep into May.

Calabasas was without one of its top players, Dalton Saberhagen, for nearly half the season because of an arm ailment. Saberhagen is back playing first base, but the hard-throwing reliever might not return to the mound, Coach Edsall said.

“We have a pretty deep pitching staff,” Edsall said.

Shortstop Alex Rubanowitz is another player with league MVP potential. He’s hitting .360 with three home runs and three triples, and has also been a quality pitcher when called upon.

Center fielder Kevin Khalili is the Coyotes’ offensive leader with a .367 average.

“In my opinion, (Khalili) is one of the best center fielders in the area, if not the best,” Edsall said. “He has been a gamechanger in the outfield for us, making phenomenal plays.”

CHS catcher Jordan Bass had 19 hits in his first 53 at-bats.

Westlake third baseman Christian Yelich is the guy no pitcher wants to see come up in a big spot. Actually, pitchers probably don’t want to see the lefty slugger at all.

Agoura needs to run the table to have a shot at the playoffs.

Infielder Chad Clark and catcher Garrett Garner have produced big results at the plate for the Chargers, whose only two league victories before the week were against Simi Valley.

Zach Mercer and Patrick Brennan have been workhorse pitchers at Agoura.

Simi Valley was playing well until a five-game losing streak from April 14-23 all but knocked the Pioneers out of the postseason chase.

to Wednesday’s games
according to MaxPreps.com 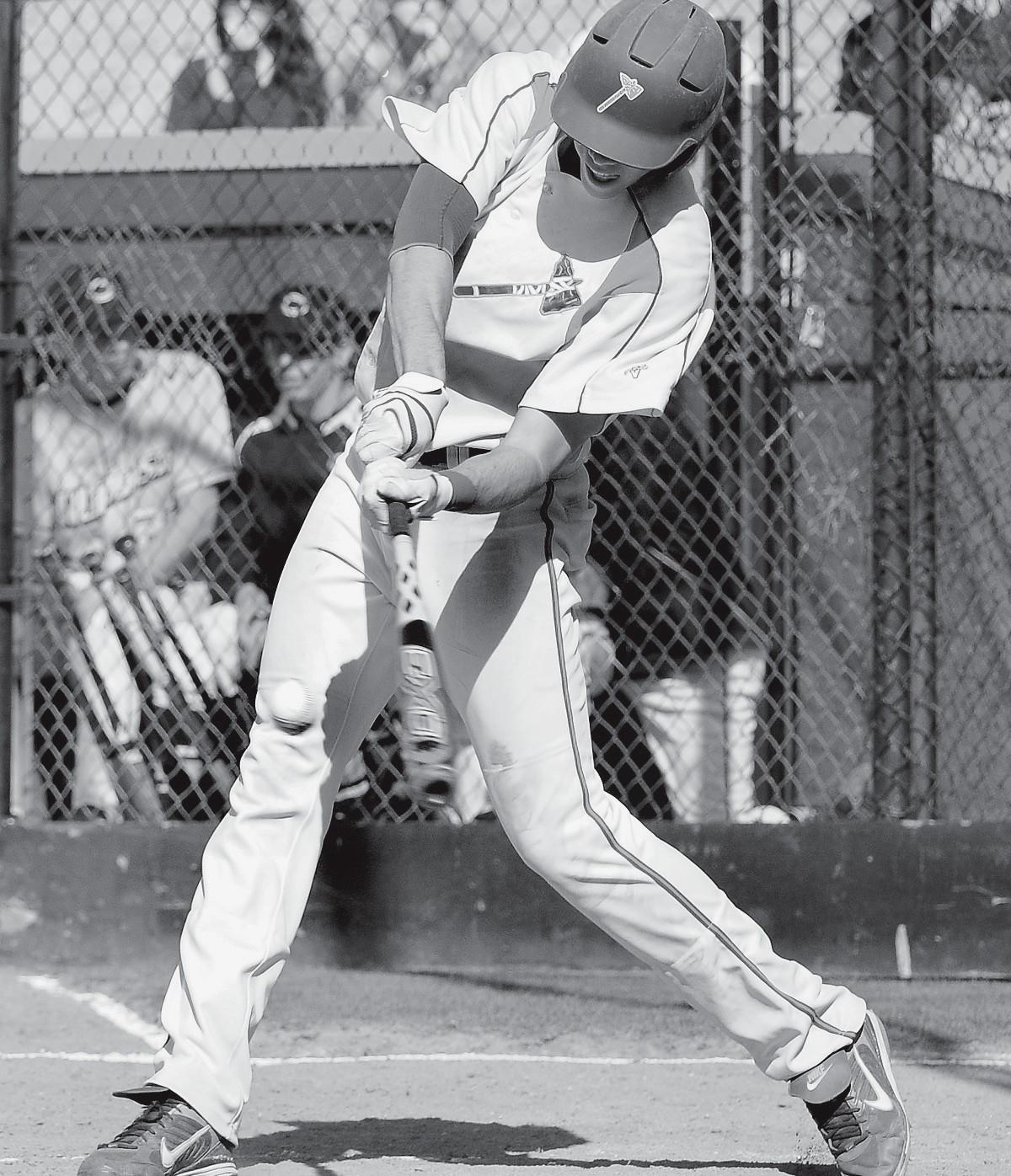