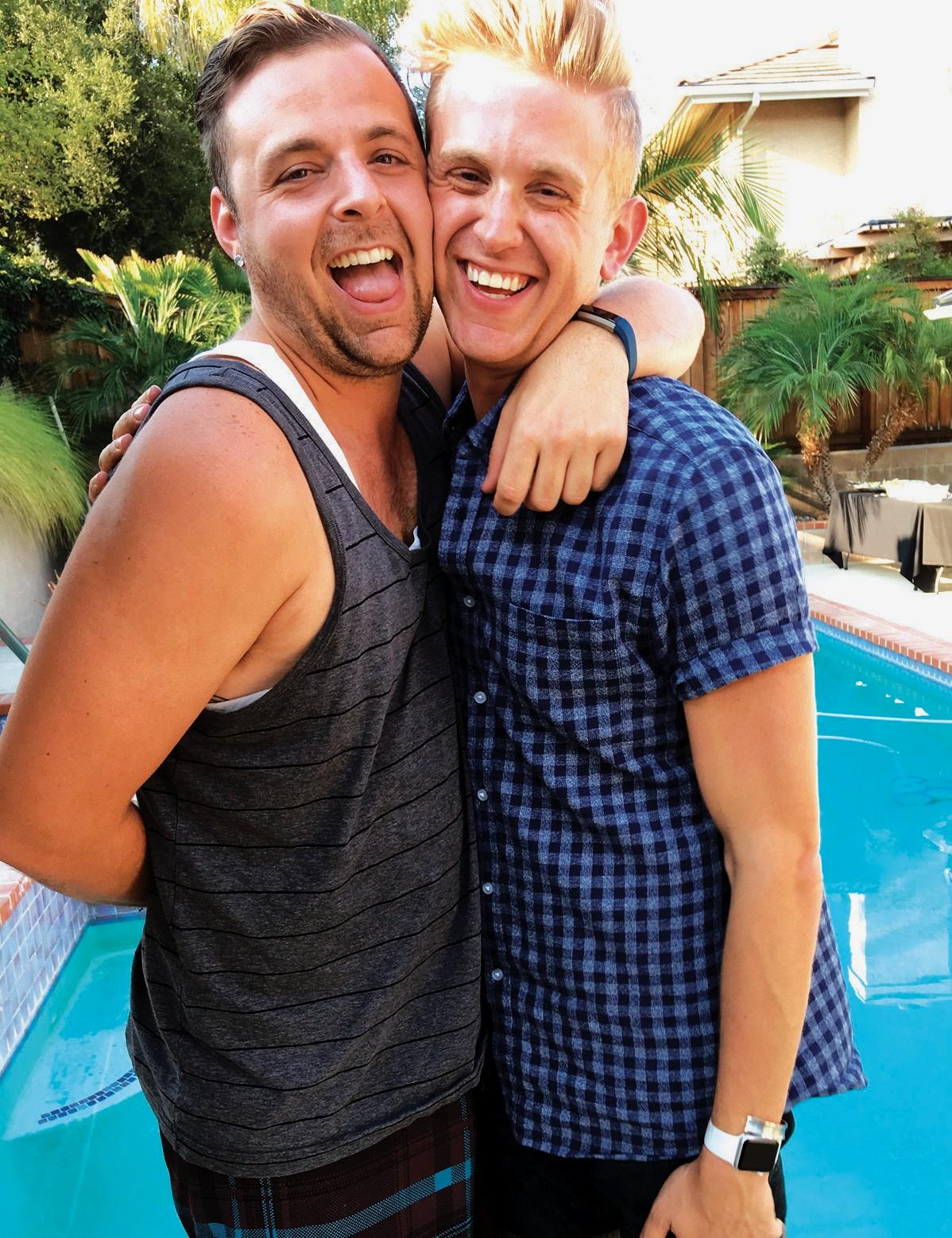 BROTHERS IN ARMS—Jason Roschke, left, and his brother Ryan celebrate the ninth anniversary of their 2007 kidney transplant operation in which Jason, who was 19 at the time, donated one of his kidneys to save the life of Ryan, who was 18 and suffering from renal failure. Every Aug. 15 the brothers from Oak Park host a party with family and friends to celebrate the life-saving operation. Below left, Jason shows off his below-the-belt laparoscopic scar, which he adorned with a tattoo to commemorate the important date. The boys’ father died from cancer a short time after the milestone operation, but lived long enough to see Ryan return to health. Their mother, Andrea Roschke, is an Agoura Hills accountant and a member of the Cancer Support Community board of directors. 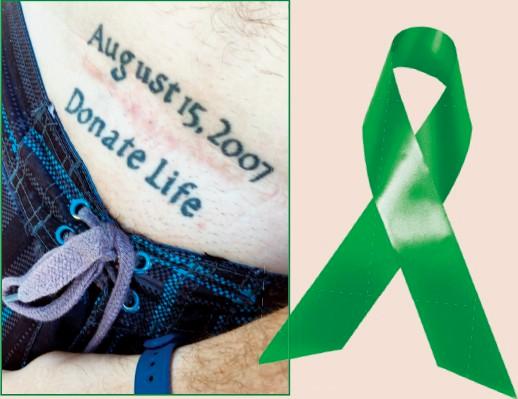